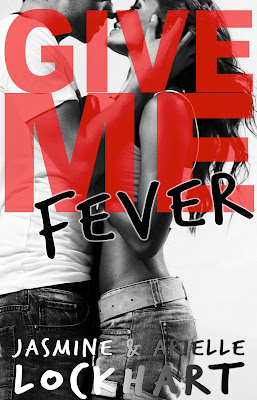 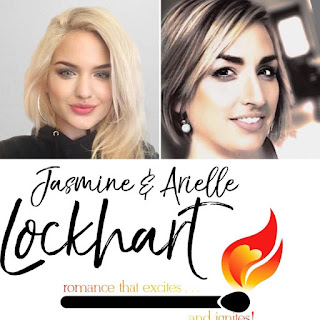 About Jasmine and Arielle:
Jasmine and Arielle Lockhart were born and raised in New Orleans,
Louisiana, in a house overflowing with books, art, and poetry scrawled on scraps of paper by the hands of their father and mother. The sisters spent their childhood summers setting crawdad traps and picking peaches from the three-hundred-year-old tree on their family’s plantation. On stormy nights when the power would go out in the Antebellum home, Arielle would distract her younger  sister by telling her stories. It never took long before Jasmine’s fear of the dark was forgotten and she was butting in with her own ideas of how the story should go.
In 2017, over mint julep’s on the plantation’s ivy-laden porch, Jasmine
and Arielle came up with the crazy idea to co-write a romance novel. A year and
many heated debates later, the first book in the Fever series was complete.
When she’s not nagging her sister to add more kissing scenes to their books, Jasmine is a world-traveler, living between New Orleans and Abu Dhabi in the Middle East.
Arielle currently resides on the plantation, where she spends her days writing and convincing Grammy Dee that Annabelle, the housekeeper she hired three years ago, is not the reincarnation of the young woman who hung herself in the peach tree after her fiancé failed to return from war.
Sign up for their mailing list for news!
Website | Twitter | Facebook | Goodreads | Amazon
Author Page | Instagram
Giveaway Details:
$500 Amazon GC prize and ARC of “Give Me Fever”