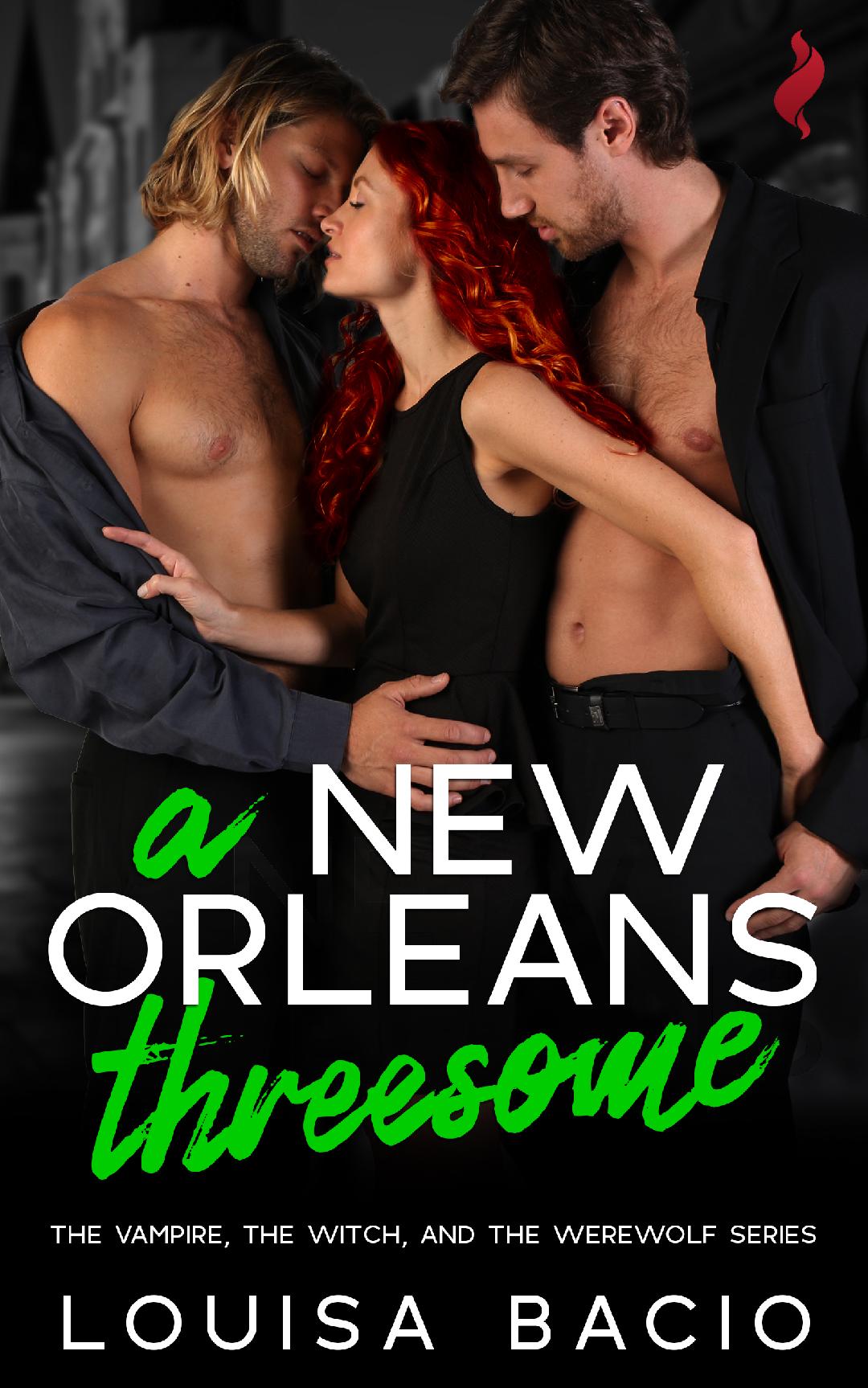 Haunted by paranormal abilities she can’t control and plagued by nightmares about a demon that seeks her soul, Lily Anima travels to New Orleans in search of salvation. She enlists the help of an unlikely couple: a vampire, Lawrence Justice, and a werewolf, Trevor Pack. The attraction is immediate and fierce.
There’s only one problem.
Lily’s a virgin. And whatever paranormal problem she’s having is what has kept her that way. Every time she’s tried to do the deed, something stops her.
Together, the trio encounters magic and unspeakable evil, and Trevor and Lawrence attempt to help Lily turn her powers into a gift rather than a curse. Ultimately, to get the demon off her back, Lily’s men will have to show her all the wicked ways the three of them can come together.
Warning: Read at your own risk. This book is filled to the brim with steamy m/m sex, a virgin who wants in on the action, and a c*ckblocking demon.
Purchase: Amazon | Barnes & Noble | iBooks | Kobo

“I get it.” She dusted her hands off on her jeans. Her skin itched like she was covered in a shimmer of grime from head to toe. What she wanted more than anything right this moment was a hot, steamy bath. Well, and maybe some hot, steamy sex to go with it.

A blush heated Lily’s face. Something about being around these guys… Did he know what she was thinking? She shrugged.

“It’s going. Not having too much luck, and I need more of Lawrence’s help. I feel like I’m running in circles, whether I’m looking through books or clumsily searching the web. I keep coming across the name ‘Arimanius,’ but can’t find much about him. It’s just this feeling.”

“Listen to those hunches,” Trevor said.

Lily got the impression that he meant something else.

“What about you, Trev? Would you sell family Bibles?”

He stopped shuffling through the new inventory and stepped toward her. The closer he came, the more she became aware of his body. He took up space.

“Only if my life depended upon it.” He brushed his thumb across her cheek. “You have something here.”

Shivers of anticipation spread from that focus point. She leaned into his touch, raising her gaze to meet his. A sense of awareness passed through her. His lips were inches away from hers. She wanted him to bridge the gap and kiss her. More than anything right now.

Closing her eyes, she drank in his scent—a little wild and woodsy, like he’d been running through grass. Would he be as wild between the sheets?

He drew away and a chill passed in front of her. He rested his hands on the counter, his back to her, hunched over. She longed to rub her hands along his shoulders, soothe whatever bothered him, and dig her fingers through his blond spikes.

“Well, let’s hope it doesn’t come to that,” she said more light-heartedly than she felt.

“But I will sell other dead people’s Bibles.” He turned.

The corners of his eyes crinkled, haunted, and she captured the sense he knew what it was like to be alone in this world hell-bent on partnerships.

Trevor lifted his arms. “Used-book store. Someone’s discards become someone else’s most treasured. We buy and sell memories, escapes into other worlds. Nothing morbid about that.”

If she found him sexy reflective, impassioned threw a spark in his eyes.

“Sorry, I don’t mean to lecture. I’ll leave that to Law, the historian.”

She laughed, liking how he made her forget her worries. He whistled along with the radio, and she watched his mouth and her thoughts returned to that kiss-to-come.

Alone. Together. She fought the temptation. She needed to stay focused, and not lose her heart.