He’ll go along with her scheme, even if it means ruining them both. 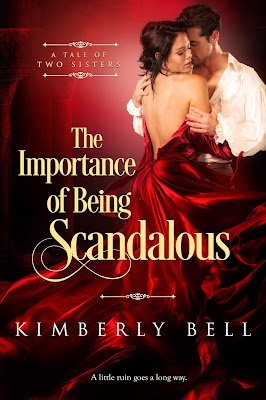 A horse race in trousers on Rotten Row. Visiting a gaming hall in a dress that would make her mother faint. Sneaking an invitation to a masquerade ball attended by only the wickedest, most debauched members of society…

None of these things are scaring off bookish but strong-willed Amelia Bishop’s stuffy, egotistical fiancé.

The only thing left is to entice childhood friend Nicholas Wakefield into a truly engagement-ending scandal. The Wakefields are the height of propriety, and Nicholas’s parents have made it clear a wife from the neighboring Bishop family would be unacceptable…

But Nicholas would give up his family and his fortune if Amelia would ever see him as more than just a childhood friend. He’ll go along with her scheme, even if it means ruining them both, because he’s got a plan that will change her mind about him being merely the boy next door.

Nicholas tried to stay close to Amelia when they insinuated themselves into the crowd around Lady Chisholm, but Amelia kept insisting they should stand apart. He strongly suspected she was trying to insulate him from the scandal she was about to cause. He had no one but himself to blame for her thinking that way. Their whole lives, he’d let his family name hold too much sway. Somehow, he would have to convince her things were different now.

“I rather like the new styles from the continent,” some young miss made the mistake of saying.

“Nonsense,” Lady Chisholm barked. “They stray much too far from tradition.”

From the other side of the group, Amelia spoke up. “I don’t think they stray nearly far enough.”

“I said I don’t think they stray nearly far enough.”

“I heard you, Lady Amelia. I only hoped I was mistaken.”

Amelia frowned. Nicholas thought she might give up, but then her shoulders straightened and she lifted her chin. “Are you mistaken often?”

“Rarely.” Montrose’s aunt peered at Amelia. “And what do you imagine might be appropriate attire for a young lady?”

A murmur went up through the crowd. It was everything Nicholas could do to hold in a laugh. All the more so because he knew Amelia was being honest. In this regard, he was on Lady Chisholm’s side. He’d seen Amelia in trousers a number of times and he knew how distracting it was. Were it to become a popular trend in women’s fashion, the entire country would devolve into anarchy inside a week.

Kimberly Bell writes historical romance from her cabin in South Lake Tahoe or the beaches of Southern California (it’s a super tough life).

She’s a pretty hardcore introvert that loves dogs, cheeseburgers, and occasional day drinking. She also spends way too much time on twitter because she thinks she’s super hilarious and she’s trying to get that rumor to catch on.

One Reply to “Book Tour: The Importance of Being Scandalous by Kimberly Bell”