The one thing neither of them counted on is love . . . LADY CLAIRE IS ALL THAT
Keeping Up with the Cavendishes #3
Maya Rodale
Releasing Dec 27th, 2016
Avon Books

Her Brains
Claire Cavendish is in search of a duke, but not for the usual reasons. The man she seeks is a mathematician; the man she unwittingly finds is Lord Fox: dynamic,
athletic, and as bored by the equations Claire adores as she is by the social whirl upon which he thrives. As attractive as Fox is, he’s of no use to Claire
. . . or is he?
Plus His Brawn
Fox’s male pride has been bruised ever since his fiancée jilted him. One way to recover: win a bet that he can transform Lady Claire, Society’s roughest diamond, into its most prized jewel. But Claire has other ideas—shockingly steamy ones. . .
Equals A Study In Seduction
By Claire’s calculations, Fox is the perfect man to satisfy her sensual curiosity. In Fox’s estimation, Claire is the perfect woman to prove his mastery of the ton. But the one thing neither of them counted on is love . . .

It was a truth universally acknowledged that Maximilian Frederick DeVere, Lord Fox, was God’s gift to the ladies of London. He was taller and brawnier than his peers and in possession of the sort of chiseled good looks—above and below the neck—that were more often found in works of classical art. By all accounts he was charming and universally liked by men and women alike, though for different reasons, of course. He won at two things, always: women and sport.

Fox strolled through the ballroom as if he owned the place. He nodded at friends and acquaintances—Carlyle, with whom he occasionally fenced, Fitzwalter, who he had soundly thrashed at boxing last week, and Willoughby, who was always game for a curricle race.

Fox flashed his famous grin as he heard the ladies’ usual comments when he strolled past.

“I think he just smiled at me.”

“Was,” someone corrected. “Didn’t you see the report in The London Weekly this morning?”

That was when Mr. Rupert Wright and Lord Mowbray found him. Their friendship stretched all the way back to their early days at Eton.

“We heard the news, Fox,” Rupert said grimly, clapping a hand on his shoulder.

“I daresay everyone has heard the news,” Fox replied dryly.

It didn’t escape his notice that the guests nearby had fallen silent. It was the first time he’d appeared in public since the news broke in the paper this morning, though Arabella had so kindly left him a note the day prior. Everyone was watching him to see how he would react, what he would say, if he would cry.

“Who would have thought we’d see this day?” Mowbray mused. “Miss Arabella Vaughn, darling of the haute ton, running off with an actor.”

“That alone would be scandalous,” Rupert said, adding, “Never mind that she has ditched Fox. Who is, apparently, considered a catch. What with his lofty title, wealth, and not hideous face.”

Fox’s Male Pride bristled. It’d been bristling and seething and enraged ever since the news broke that his beautiful, popular betrothed had left him to elope with some plebian actor.

Not just any actor, either, but Lucien Kemble. Yes, he was the current sensation among the haute ton, lighting up the stage each night in his role as Romeo in Romeo and Juliet. Covent Garden theater was sold out for the rest of the season. The gossip columns loved him, given his flair for dramatics both onstage and off—everything from tantrums to torrid love affairs to fits over his artistry. Women adored him; they may have sighed and swooned over Lucien Kemble as much as Fox.

To lose a woman to any other man was insupportable—and, until recently, not something that ever happened to him—but to lose her to someone who made his living prancing around onstage in tights? It was intolerable.

“Just who does she think she is?” Fox wondered aloud.

“She’s Arabella Vaughn. Beautiful. Popular. Enviable. Every young lady here aspires to be her. Every man here would like a shot with her,” Mowbray answered.

“She’s you, but in petticoats,” Rupert said, laughing.

It was true. He and Arabella were perfect together.

Like most men, he’d fallen for her at first sight after catching a glimpse of her across a crowded ballroom. She was beautiful in every possible way: a tall, lithe figure with full breasts; a mouth made for kissing and other things that gentlemen didn’t mention in polite company; blue eyes fringed in dark lashes; honey gold hair that fell in waves; a complexion that begged comparisons to cream and milk and moonlight.

Fox had taken one look at her and thought: mine.

They were a perfect match in beauty, wealth, social standing, all that. They both enjoyed taking the ton by storm. He remembered the pride he felt as they strolled through a ballroom arm in arm and the feeling of everyone’s eyes on them as they waltzed so elegantly.

They were great together.

Fox also remembered the more private moments—so many stolen kisses, the intimacy of gently pushing aside a wayward strand of her golden hair, promises for their future as man and wife. They would have perfect children, and entertain the best of society, and generally live a life of wealth and pleasure and perfection, together.

Fox remembered his heart racing—nerves!—when he proposed because this beautiful girl he adored was going to be his.

And then she had eloped. With an actor.

It burned, that. Ever since he’d heard the news, Fox had stormed around in high dudgeon. He was not accustomed to losing.

“Take away her flattering gowns and face paint and she’s just like any other woman here,” Fox said, wanting it to be true so he wouldn’t feel the loss so keenly. “Look at her, for example.”

Rupert and Mowbray both glanced at the woman he pointed out—a short, frumpy young lady nervously sipping lemonade. She spilled some down the front of her bodice when she caught three men staring at her.

“If one were to offer her guidance on supportive undergarments and current fashions and get a maid to properly style her coiffure, why, she could be the reigning queen of the haute ton,” Fox pointed out.

Both men stared at him, slack jawed.

“You’ve never been known for being the sharpest tool in the shed, Fox, but now I think you’re really cracked,” Mowbray said. “You cannot just give a girl a new dress and make her popular.”

“Well, Mowbray, maybe you couldn’t. But I could.”

“Gentlemen . . .” Rupert cut in. “I don’t care for the direction of this conversation.”

“You honestly think you can do it,” Mowbray said, awed.

He turned to face Mowbray and drew himself up to his full height, something he did when he wanted to be imposing. His Male Pride had been wounded and his competitive spirit—always used to winning—was spoiling for an opportunity to triumph.

“I know I can,” Fox said with the confidence of a man who won pretty much everything he put his mind to—as long as it involved sport, or women. Arabella had been his first, his only, loss. A fluke, surely.

“Well, that calls for a wager,” Mowbray said.

“This is a terrible idea,” Rupert said. He was probably right, but he was definitely ignored.

“Let me see . . . who shall I pick?” Mowbray made a dramatic show of looking around the ballroom at all the ladies nearby. There were at least a dozen of varying degrees of pretty and pretty hopeless.

Then Mowbray’s attentions fixed on one particular woman. Fox followed his gaze, and when he saw who his friend had in mind, his stomach dropped.

“Yes,” Mowbray said, a cocky grin stretching across his features.

“Unfortunately dressed I can handle. Shy, stuttering English miss who at least knows the rules of society? Sure. But one of the Americans?”

Fox let the question hang there. The Cavendish family had A Reputation the minute the news broke that the new Duke of Durham was none other than a lowly horse trainer from the former colonies. He and his sisters were scandalous before they even set foot in London. Since their debut in society, they hadn’t exactly managed to win over the haute ton, either, to put it politely.

But Fox was still in shock and Mowbray was enjoying it too much to pay any mind to Rupert’s defense of the Americans.

That was the thing: Mowbray hadn’t picked just any American, but the one who already had a reputation for being insufferably intelligent, without style or charm to make herself more appealing to the gentlemen of the ton. She was known to bore a gentleman to tears by discussing not the weather, or hair ribbons, or gossip of mutual acquaintances, but math.

Lady Claire Cavendish seemed destined to be a hopeless spinster and social pariah.

Even the legendary Duchess of Durham, aunt to the new duke and his sisters, hadn’t yet been able to successfully launch them into society and she’d already had weeks to prepare them! It seemed insane that Fox should succeed where the duchess failed.

But Fox and his Male Pride had never, not once, backed away from a challenge, especially not when the stakes had never been higher. He knew two truths about himself: he won at women and he won at sport.

He was a winner.

And he was not in the mood for soul searching or crafting a new identity when the old one suited him quite well. Given this nonsense with Arabella, he had to redeem himself in the eyes of the ton, not to mention his own. It was an impossible task, but one that Fox would simply have to win.

“Her family is hosting a ball in a fortnight,” Mowbray said. “I expect you to be there—with Lady Claire on your arm as the most desirable and popular woman in London.”

Make sure to “Keep Up” with the Cavendishes! 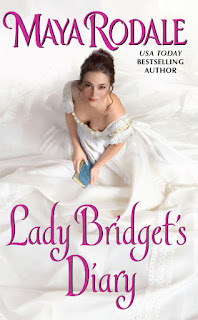 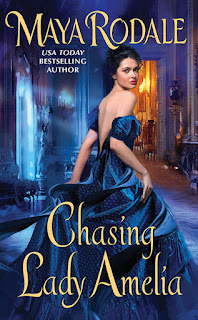 Maya Rodale began reading romance novels in college at her mother’s insistence and it wasn’t long before she was writing her own. Maya is now the author of multiple Regency historical romances. She lives in New York City with her darling dog and a rogue of her own.

One Reply to “Book Tour: Lady Claire Is All That by Maya Rodale”