He hates her for breaking his heart. She detests him for destroying her future. 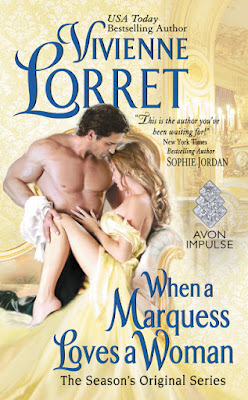 As a young, penniless gentleman, Maxwell Harwick knew he had little to offer Juliet White—the most beautiful debutante of the season—except his love, and one thoroughly scandalous kiss. But when they were discovered in a compromising position, a nearly ruined Juliet fled into the arms of a rich, older lord… taking Max’s heart with her.

Now a widow, Lady Juliet Granworth intends to use the fortune she inherited from her odious husband to build a new life in London. Five years have passed, but she’s never forgotten Max… or his soul-searing kiss. Yet it’s clear the newly-minted Marquess of Thayne has not forgiven her—after all, the infuriating man can barely stand the sight of her. But Juliet has endured far too much to give up without a fight and if it’s a battle of wills he wants, it’s a battle he’ll get.He hates her for breaking his heart. She detests him for destroying her future. But beneath all the loathing, simmers an intoxicating passion that neither can ignore… and the harder they resist, the harder they will inevitably fall.

“That has always been your problem, Max,” she hissed, rounding the banister and storming toward him, armed with a pointed finger. “You’ve always believed you could do whatever you wanted and damn the consequences. Well, I’m not allowing it this time.” She stopped within poking distance and did just that, her fingertip meeting the taut muscle beneath the fine lawn. “I expect you to have this completely repaired, or you can forget the fair price I was willing to pay.”

He straightened. Uncrossing his arms, he leaned toward her as if he didn’t even feel her assault. “Perhaps you don’t recall, but I have always been fully prepared to face the consequences of my actions. You were the one who ran.”

She scoffed and jabbed him again. “I was right! All along, this has been about what happened between us five years ago. Oh, I apologize for wounding your poor ego when I left, though it seems you’ve managed to recover, as you are busy narrowing down your list of bridal candidates.”

“Ego?” He took her by the shoulders, his grip firm but not cruel, as contempt burned in his dark gaze. “I wanted to marry you. There was more than ego involved.”

“That kiss happened because you were consoling me, and we both know it.”

“Do we, Lady Granworth? Or is that something you told yourself to validate running away to marry a rich old man?” Gritting his teeth, seething as much as she was, he spun her around and pressed her back against the wall just inside the bedchamber. “And if you think for one instant that I’m going to sit back and watch you bring your next husband here to live, not four doors down from my mother’s house, then you are sorely mistaken.”

Then, without warning, he crushed his mouth to hers. 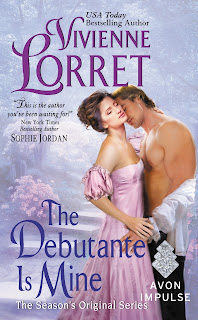 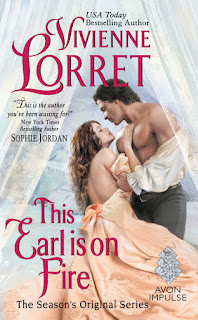 USA Today bestselling author, VIVIENNE LORRET loves romance novels, her pink laptop, her husband, and her two sons (not necessarily in that order … but there are days). Transforming copious amounts of tea into words, she is an Avon Impulse author of works including: Tempting Mr. Weatherstone, The Wallflower Wedding Series, The Rakes of Fallow Hall Series, The Duke’s Christmas Wish, and the
Season’s Original Series.
Website | Facebook | Twitter | Goodreads

One Reply to “New Release: When A Marquess Loves A Woman by Vivienne Lorret”